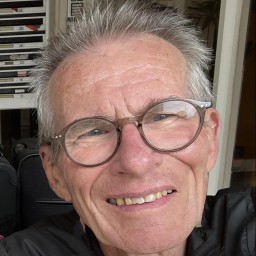 “No” according to Jason Andrew in his article “Why Michael Gerber’s ‘E-Myth’ fails in the internet age”.

So why is there such a difference in opinion?

According to Andrew, we are now in a creative age and age of intangible assets. So based on this observation he opens with;

“But as of late I’ve been questioning some of the principles and ‘advice’ in Gerber’s book.”

The first principle that Andrew questions is that according to Michael Gerber;

“The model will be operated by people with the lowest possible level of skill’’.

It appears that Andrew sees all work done today as creative and involved in intangible assets. And according to him, this needs the imagination and talents of a very small percentage of the working world.

Andrew also lumps all “franchise model” companies into an industrial age category where;

“The typical industrial age business has a widget to sell and the only way to grow is to sell more widgets, at scale. The problem is that, because the widget is consistently average, produced by average people doing average tasks, the market will only accept to pay an average price. Therefore, in order to generate a profit, the only lever a manager can pull in the business machine is to manage costs.”

While this may be true many of these "average" businesses are profitable, have strong cash flows and support a massive working population. They are best operated without too much creativity but consistently using structure and systems.

In exactly the way proposed by Gerber.

He also neglects to consider that the proportion of business being done in the creative, intangible space is a tiny fraction of all businesses.

Systems are the Service Consistency Glue

Even in the age of creativity and intangible assets businesses build services or products that must be delivered consistently and predictably. This requires defined systems with operators operating at the lowest level to perform the specified delivery tasks.

So structure and systems still dominate business work in the world today.

Andrew concludes it is unacceptable for a modern business to use the lowest skilled workers.

“Where industrial age businesses leverage a factory or ‘hard asset’ to generate revenue, today’s most valuable organisations build economic value via a different form of scalable asset that is not humans in factories.”

So what about workers at every MacDonalds, in every factory making Apple products, farmers or pilots flying the aeroplanes you travel in. Some systems are highly complex and require higher levels of skill. But even in these complex cases, there is no point in having people who exceed the requirements for delivering the required product or service.

“Apple, Facebook, Tencent, Google and Netflix — are amongst the world’s most valuable companies. What do they have in common? Well, they don’t sell widgets. A core product of their business models are highly scalable, intangible assets.”

“They don’t follow a rule book because there are no rules — they are writing it as they go.”

This implies that these businesses do not need structure and systems operated by people with the lowest essential level of skill.

One accepts that pure "no rules" creativity is a valuable and essential part of these businesses but it is a tiny part of the overall organization. The bulk of their operations that deliver products and services need detailed systems and procedures.

Andrew states correctly that in the “industrial age economy, most jobs were algorithmic. A standard '9 to 5'. There was always a guideline or a formula or a manual that could be followed.”

“However, this model is changing. Algorithmic work is increasingly becoming outsourced to countries where well-trained employees can produce the same kind of results for a fraction of the price.

It’s either that, or there is software to replace the need for human workers altogether. Algorithmic work is becoming obsolete.”

This point is moot as a lot of heuristic work is outsourced to the same countries or is being automated in some form or another!

Whether the algorithmic work is performed in a First or Third World country it is still done within a defined structure. Not with some unstructured, free form heuristic creativity.

Conclusion - Ignore the E-Myth at the Peril of your SMB

“Gerber’s ‘perfect business model’ may have been perfect in an industrial age economy. But it’s not anymore. There is no such thing as ‘perfect’ if you’re doing truly meaningful, groundbreaking work.

You can make average things perfect, but they will always just be average.”

But what is “perfect”? And it is clear that even the most mundane work is near to impossible to execute perfectly. Defined systems are an attempt to achieve the elusive “perfection”.

In Gerber’s model, the small minority of “clever creative” people design and define the systems and rules. The operators use these systems and rules in an attempt to deliver predictable and consistent results.

There has always been algorithmic work and heuristic work. The relationship between the two may have changed over the years but they are still bedfellows.

So both opinions are correct but the view of Andrew is limited to a tiny part of today’s business operations and work.

So even today, the bulk of business operations will benefit from the lessons and structure proposed in The E-Myth Revisited.

Final Warning: Neglect building systems and structure in your business at your peril … without them, your products and services will be unpredictable and inconsistent. The recipe for disastrous user experiences and guaranteed to alienate customers.